Protective archeological researches in the monasteryBanja nearPriboj were performedbetween June 6 and July 5, 2012. They included the outer side of the southern wall encasement in bricksdiscovered last year when its spreading line and construction phases were established. Along the outer side of the boundary wall from the 14th century, which was restored in the 16th century, there are facilities older than this medieval phase, and which probably belong to the monastery complexdating from the time of proclamation by Saint Nikola Dabarski (St. Nicholas of Dabar)as the episcopal seat in 1219/1220.

These facilities were damaged in an extremely big and strong fire when also the stones in their foundation footing wereburned and cracked. It concerns the large rooms, one of which with a wide staircase on the north side, towards the churchyard. This staircase along with the northern wall of the facility was included in the restorationfrom the 14th century, while by the restoration in the 16th century it was denied. It was ascertained that the southern fence of the oldest phase of the monastery complexwas unfortunately destroyed during cutting through of the local serviceroadinthe ninetiesof the last century. 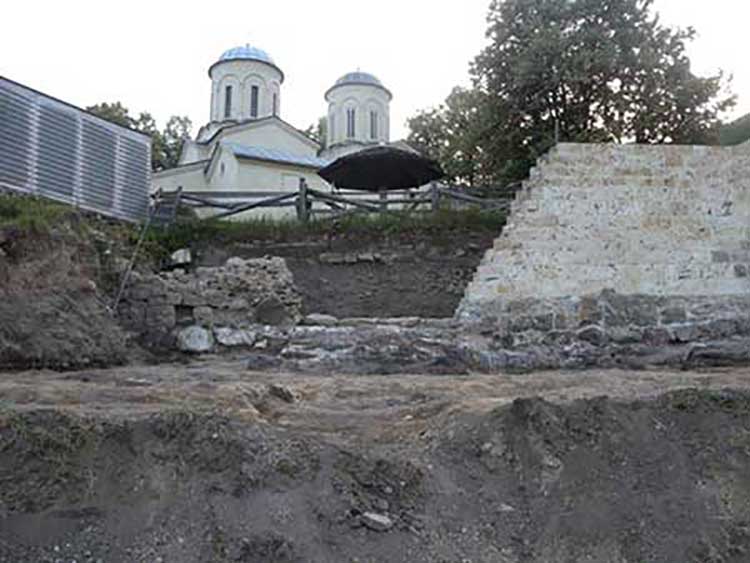 The entrance to the Byzantine facility 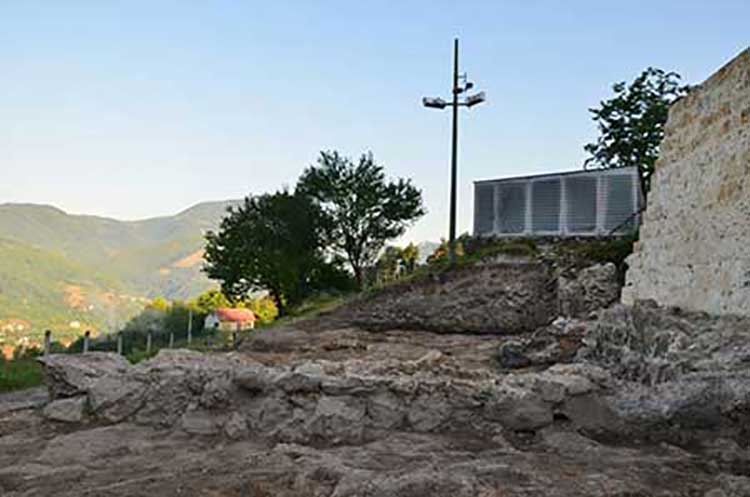 The remains of the Byzantine facility 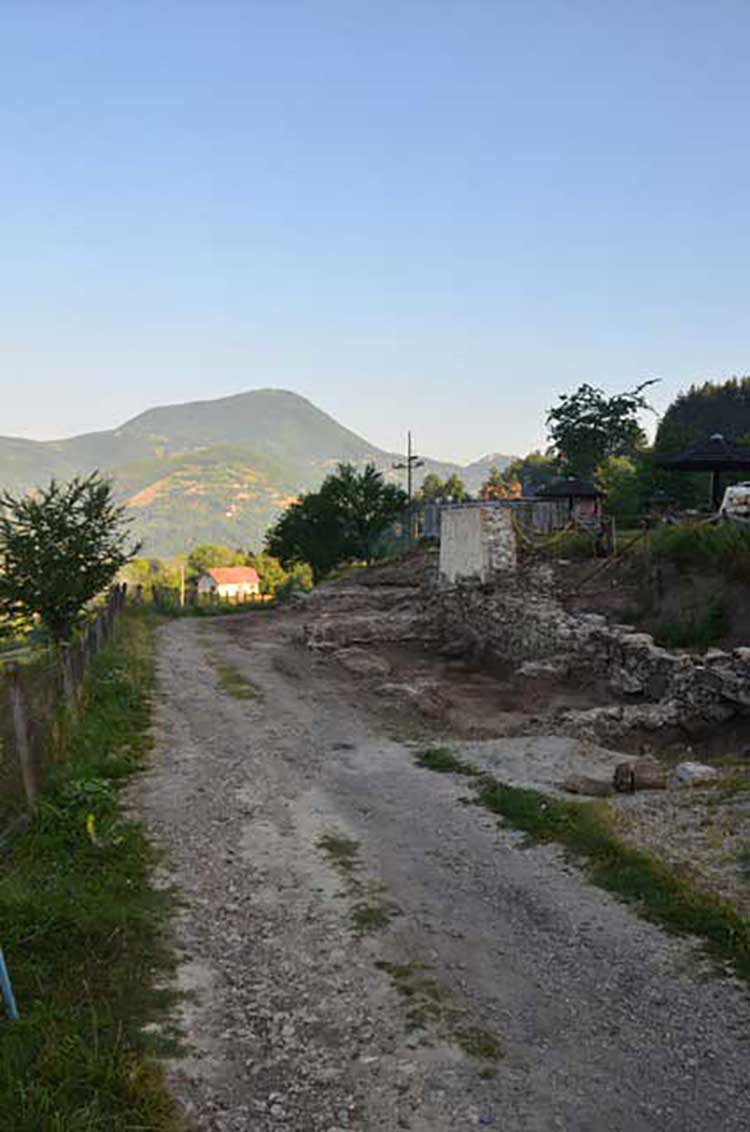