In 2012., the HER.CUL Project – „Valorization of Medieval Tombstone Cultural Heritage in the Western Balkans“ (http://www.hercul-project.eu/).

commenced. That is the European Union project funded from the Program titled „Preparatory Actions for Preserving and Restoring Cultural Heritage in Conflict Areas in the Western Balkans for the Year 2010 – EUROPEAID/131266/C/ACT/MULTI“.

The Project is implemented by the Regional Development Agency of Dubrovnik-Neretva County – DUNEA – and its Project partners the Dubrovnik-Neretva County, Tourist Board of the West Herzegovina County (Bosnia and Herzegovina), the University of Sarajevo (Bosnia and Herzegovina), Republic Institute for the Protection of Cultural Monuments of Serbia - Belgrade from Belgrade (Serbia), Municipality of Pljevlja (Montenegro) and associated partners – the Society for the Protection of the Cultural, Historical and Natural Heritage of Jajce, Association Krug 99 from Sarajevo and the Ministry of Culture of the Republic of Croatia.

The underlying goal of the project was the preservation and conservation of extremely valuable cultural-historical heritage – stećci-medieval tombstones, in order to develop the basic prerequisites for valorization and presentation through cultural and tourist potential with an emphasis on encouraging the development of social-economic conditions.

The goal of the Project is to contribute to the preservation of extremely valuable and unique tombstones in the region of the four countries through conservation at the two localities: Čepikućein Croatia andBijačain Bosnia andHerzegovinaand collecting the necessary documentation for the pilot areas in:Pljevlja, Montenegro andPrijepolje in Serbia. Such activities are expected to result in the development of the joint cultural-touristpromotion based on the exchange of knowledge and experience of the experts and networking of the institutions, as well as on making the competitiveness of the local communities through heritage renovation.

In 2012.,the meetings of the partners were held in Dubrovnik (February), Belgrade (April), ČepikućenearSlano (October) and Pljevljaand Prijepolje (November). The first MED4TOMB EVENT was also held in Dubrovnik and Slano in October, with the participation of the archeologists, representatives of tourist organizations, institutions of culture, and municipalities from the four countries participants in the Project.

The photographs show the Project participants at the archeological sites of GrčkoGroblje near Prijepolje and by the dislocated stećak tombstone in the center of Pljevlja. 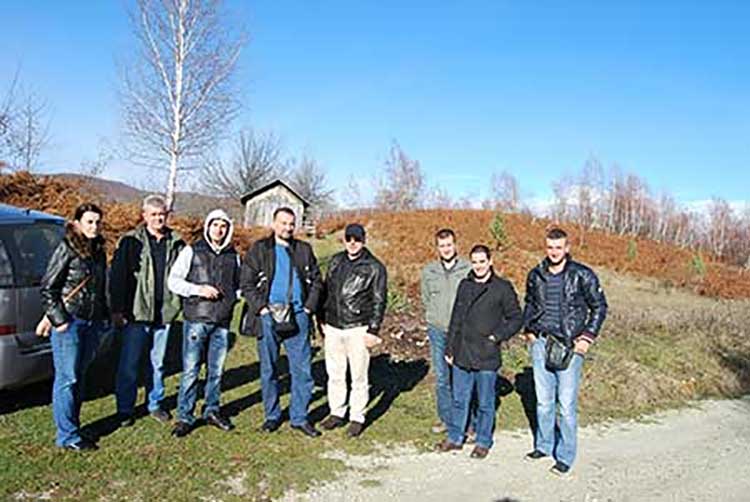 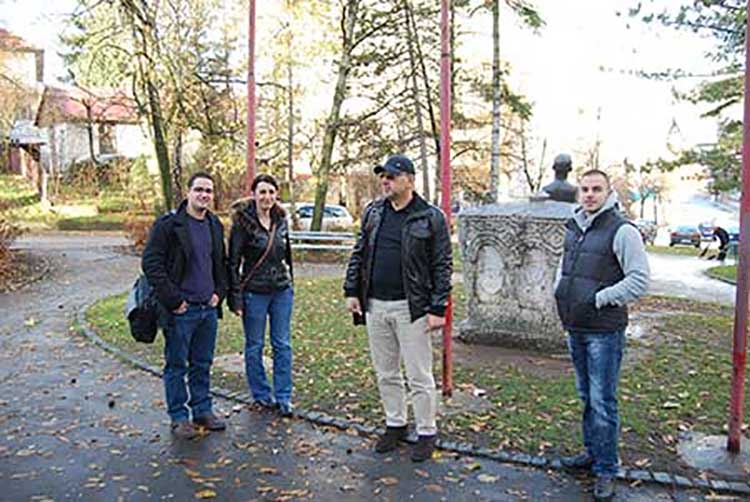